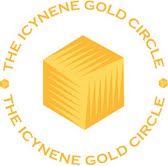 A Letter from our President, Gerald Palmer

Southland Insulators is proud to celebrate our 30th Anniversary in 2016.  As we reflect on this significant milestone, we want to take a look back at the legacy of our company.

I had been President and Partner in Metro Building Supply starting in 1978. That business grew from 3.5 million in sales to over 54 million in sales when it was sold in 1985.  After a short retirement Nancy and I opened an insulation contracting business called Southland Insulators in 1986.  My vision was to build a company based on loyalty to employees, customers & vendors.  We wanted to be the leader in bringing the best of building science to our clients, especially in the areas of Energy Efficiency and Air Sealing.

In 1988 Southland acquired DeVere Insulation in Baltimore and a great partner in Bob DeVere.  In 1996 I, along with 13 other contractors from across the country, formed the National Insulation Contractors Exchange (N.I.C.E.) to promote independent insulation contractors by sharing best practices and pulling other resources.

As the company grew we expanded into Delaware, Pennsylvania & West Virginia.  We also expanded our product base for Fiberglass (while staying true to our core values) into Cellulose and Spray Foam. This focus on only insulation has enabled Southland Insulators, DeVere Insulation and Delmarva Insulation to become the largest independent insulation contractors in their respective states.

Our success is a result of many factors—our loyal customer base, our dedicated employees past and present who deliver exceptional service, and our vendor partners and business colleagues who have supported us over the years.  On behalf of all of us at Southland Insulators, thank you.

In lieu of a large celebration, we have decided instead to donate to The Independence Fund to purchase an Action Track Chair for a wounded veteran.  We will also be working with Castlewood Builders and the Gary Sinise Foundation to insulate a new home for Captain Luis Avila. Captain Avila served 5 combat tours in Afghanistan and Iraq.  On December 27, 2011, while leading his team, a mounted improvised explosive device detonated nearby.  Three of his fellow soldiers were killed by the blast and two were severely wounded.  Luis himself suffered an amputation of his left leg, two strokes, two heart attacks and severe lack of oxygen, which caused anoxic brain damage.  Luis was in a coma for 40 days.  Although the doctors felt he would not recover, his wife Claudia and three sons stayed by his side.  On February 13, 2012 Luis opened his eyes for the first time.  He continues to work hard in extensive therapy at Walter Reed National Medical Center.

Today he can see, speak, eat, laugh and tell jokes.  We feel honored to be a small part in helping Captain Avila and his family.  We would also like to thank Icynene Spray Foam for their donation for the materials to make this happen.

As we move into our 4th decade as an independent insulation contractor, we are mindful of the ever changing environment, the use of technology and the latest in Building Science knowledge.  At the end of the day this is still a people business and Southland Insulators will continue to conduct business as we have for 30 years by:
Looking forward to the next 30 years.